Are you thinking about starting a business in Las Vegas? If yes, you might want to start a real estate business. Las Vegas is a beautiful city to live and do business in. While it was not bulletproof from economic failure like the Great Recession of 2008, it was one of the cities that have efficiently and successfully overcome it. Since then, Las Vegas became an ideal city to start a real estate business.

The real estate market of Las Vegas is as hot as its climate, and we’re going to tell you why.

In 2018, the Realtor.com ranked Las Vegas as the number one real estate market in the U.S., the first time it has ever achieved such feat. The ranking was based on the inventory of homes, its current market price, number of home constructions, and local economic trends.

This year, the numbers are set to reach its pre-recession high. During the first half of 2019, the demand for housing in the city significantly increased. During the same period, the median home value in Las Vegas equaled $273,800, well above the national average. In the past year alone, home values increased by 1.8%, and it will continue to post a growth of 0.8% in the next few months, according to data from Zillow.

Note, however, that properties in the city have a median list price per square foot is $169, lower than the Las Vegas-Henderson-Paradise Metro average of $170.

Based on the figures released by the Greater Las Vegas Association of Realtors (GLVAR), Las Vegas’ housing market is beginning to stabilize following years of constant volatility, as the local real estate prices continue to appreciate at a rate comparable with historic averages.

The influx of California Buyers to Las Vegas

It could be due to the influx of Californians considering Las Vegas’ vibrant economy and impressive value for money. The city impressed many California buyers because they can easily purchase a newly-built and bigger property from the money they have selling their dingy and smaller Orange County home.

Most of the realtors claim that the new Inspirada master-planned housing community located in South Henderson is an excellent market for Californians who want to move to Southern Nevada because of its close distance to work, good value for money, and family-oriented community.

Some California property owners think of moving to Nevada as a result of Oakland Raiders football franchise’s relocation to Las Vegas. They want to move because of the positive sales that the football team will bring to their business, especially that Nevada does not impose a personal income tax, corporate tax, sales tax, and inventory tax.

Another contributing factor that fuels the growth of Las Vegas’ real estate market is the ongoing economic progress in the area. The city is essentially under construction with its impressive level of expansion of convention, tradeshow, and experiential event places. According to the Las Vegas Convention and Visitors Authority (LVCVA), the city has approximately 2.7 million square feet of event, meeting, and event convention space under construction. This number does not include the newly expanded 350,000 square-foot Mandalay Bay Convention Center and MGM Resort International’s 20,000-seater T-Mobile Arena.

By 2020, Las Vegas will see the completion of the following projects:

These construction projects open more jobs for the city’s growing population. When there are jobs, people tend to buy more homes. Some of the local residents are also downsizing and upscaling. This trend drives the resales and new home purchases in the city. In Las Vegas, it is possible for buyers to purchase luxury homes while downsizing.

Perhaps the major factor that drives the booming market of Las Vegas is everyone’s concerted effort to improve and revamp the city to bring back its glorious and vibrant past. It is true for every individual in Las Vegas who wants to do their part in making the city one of the prime locations in the U.S.

Onwards to the Future

Starting a real estate business in any city is tough, as it has its own challenges. But, this can all change if you time your entry into the industry properly, and you choose the right city to start your business. In Las Vegas, small businesses are doing a significant part in contributing to economic growth. And if you want to be part of it, it is time to start your real estate business in Las Vegas. If you want to know more about starting a Nevada business, you can browse our site for more guides. 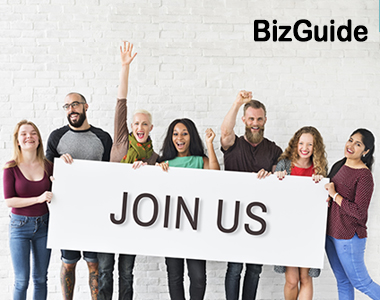